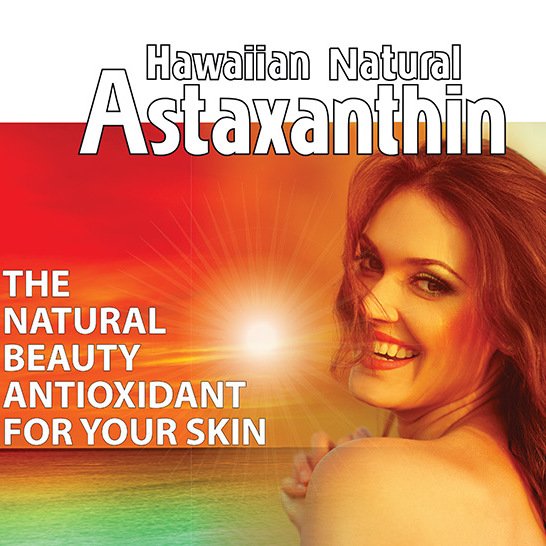 Hawaiian Natural Astaxanthin is a potent antioxidant that helps reduce cellular damage caused by free radicals. It has both antioxidant and anti-inflammatory properties that help the body function better and can also contribute towards living a longer, healthier life.

Astaxanthin is a naturally occurring carotenoid pigment that’s found in certain marine plants and animals. Often called “the king of the carotenoids,” astaxanthin is recognized as being one of the most powerful antioxidants found in nature. It is of particular significance, because unlike some other types of antioxidants, astaxanthin never becomes a pro-oxidant in the body so it can never cause harmful oxidation.

What Are some of the Benefits of Hawaiian Natural Astaxanthin?

Astaxanthin is a powerful antioxidant, so it naturally reduces free radicals in the body.  It has also been shown to reduce the oxidative load in the body by protecting the cells from oxidation. Because of Hawaiian Astaxanthin’s unique molecular structure, this deep red-colored pigment is an extremely powerful antioxidant that is very effective against singlet oxygen. It has a strong scavenging ability for lipid and free radicals, and effectively breaks peroxide chain reactions.

While Hawaiian Natural Astaxanthin was initially introduced and approved as a “super antioxidant,” it has also been found to benefit a number of bodily functions, including:

Eye Health – The structure of natural astaxanthin is similar to lutein and zeaxanthin, two antioxidants that have been shown to reduce the risk of nuclear cataracts. But, while similar, astaxanthin has a stronger antioxidant activity and UV-light protection effect, both of which point to it being an excellent supplement for maintaining eye health. 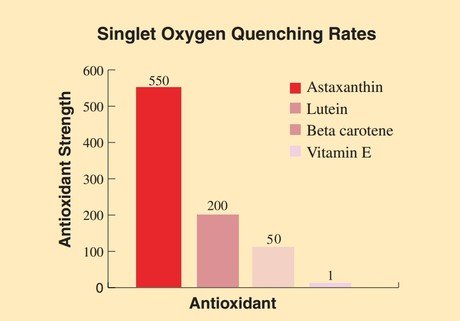